The school year has hit hard like $400 worth of textbooks and we all are adapting to the new semester ahead of us…but why not reminisce one last time since the beautiful and 100 degree Southern weather is making it hard to get back to reality?  I thought a post featuring all of my summer favorites would be the perfect way to say goodbye to my favorite season! It was a summer to remember…

Long Champ Bag- This bag was my go-to travel bag! I purchased it over the summer in NYC and have been loving it ever since.

Basic Jean Shorts- Every summer my go-to favorite jean shorts change.  This season, it was my dark high-waisted American Eagle shorts! I love how simple and comfortable they are.

Maxi Dresses- Whether I was rushing to get ready for a date with friends or heading to my internship, throwing on a cute maxi was a lifesaver.  No need to plan ahead for your outfit!

Model Co Liquid Eyeliner + Mascara- A two-in-one that made my life a lot easier! I may not be able to do the perfect wing eyeliner, but I’ll admit I’ve gotten a lot better at it.

Ireland & London- I was so fortunate to be able to visit my boyfriend while he was home in Ireland during the summer.  I got to spend 10 days exploring and making memories in beautiful places! This was my second time in Ireland and I was happy to have another chance to go back and see more of the gorgeous land.  From exploring endless gardens, old historic caves, and shopping in his hometown with his mother, it was such an incredible time! After three days in Ireland, my boyfriend and I went to London! I have always wanted to go and since we were already in Ireland, the tickets to go weren’t as expensive, so he and his family made that happen. Like Ireland, everything there was beautiful and I wanted to take pictures of everything! It was so cool to be able to travel to places that are on my bucket list and do it with my boyfriend!

NYC- My trip to the city in April was perfection but I also went again to support my oldest brother, Chip, at his white coat ceremony for med school at Columbia in August.  I picked up some amazing purchases, ate delicious meals, and got to spend time with my family!

West Virginia- My boyfriend and I went to visit my grandparents in WV! The trip started off pretty interesting.  We arrived at the airport and were waiting at the gate when the young employee told us we were the only two on the flight so we could leave now if we were ready.  We got on the plane, picked where we wanted to sit and landed before we were even supposed to take off! It was a hilarious and unforgettable memory!  My Pop-Pop said he had planned the whole thing since I am his favorite grandchild 😉  If you didn’t already know, I have the greatest grandparents. The trip was such a wonderful time and their house is always one of my favorite places to be.  We went to the WV State Fair and white water rafting at River Expeditions to celebrate my boyfriend our one-year anniversary (it’s been a year and a half but don’t mind that).  After a day of rafting, they give you two tickets for drinks and invite you to watch the video of the trip (how adorable?) so we went and each had two beers and watched a hilarious video from the day. On the last wave, one person is allowed to sit on the front of the raft (“ride the bull”) and the instructor suggested that I do it.  Let’s just say, only a few people will get to see a copy of that video, but it will make you laugh out loud.

Hilton Head- Hitting the beach and eating great seafood is one of my favorite things about summertime! Hilton Head feels like my second home and I had a great time going there on several occasions.

Hozier Concert- I got to see Hozier perform this summer…it was incredible.  He sounds flawless live and it was my first concert being legal to drink which was weird but fun!

The Hills- Just continuing my tradition of watching every episode until Lauren leaves as I do every summer.

Greys Anatomy- Finally finished the series on Netflix so obviously it needs to be recognized.  Let’s just say more than a few tears fell and it was just ugly crying the whole last episode.

A margarita (from anywhere).

Sushi lunch specials- Because when you intern or have class during the school year, you miss all the good deals.

Hope this list of summer favorites didn’t get you down.  I’m sure the reminder of pumpkin spice lattes being back will bring your frown upside down 😉 Leave a comment telling me what your favorite things about summer were! Now it’s time to hit the books! Xo, Catie Beth 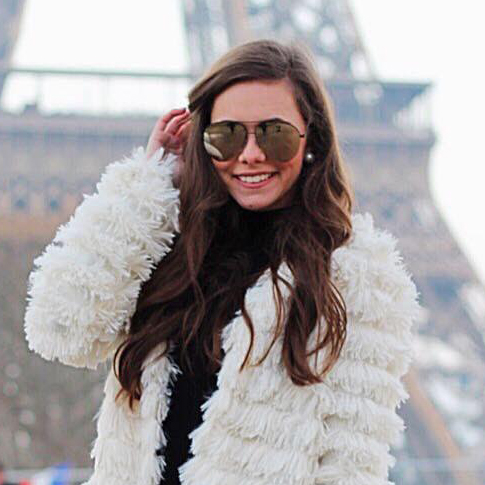 KEEP UP WITH THE BLOG